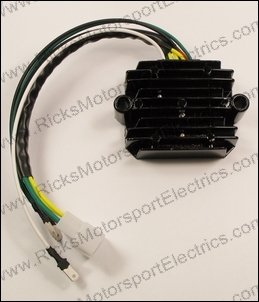 Description
Rick’s Motorsport Electrics has been manufacturing motorcycle, ATV, & UTV charging components for over 30 years. This new unit combines your bike’s separate rectifier and regulator into one modern unit that is perfect for custom café racers! This is designed to plug into the stock wiring harness. All Rick’s regulator rectifier come with a one year replacement warranty.

Why the Honda Regulator Rectifier is Important

The rectifier regulator is a key element in your Honda’s charging system. Many older vehicles, such as your Honda, relied on older field-excited charging circuits that utilized a separate rectifier and regulator. Rick’s Motorsport Electrics has developed a part that merges the two outdated components into a single solid-state device with modern technology..

Connecting the regulator - the 3 single wires with spade terminals are meant to be plugged in at the same location as the color coded wires going to the OE regulator.

Connecting the rectifier - Disconnect the 6-position, 5 wire connector from the OE rectifier & plug the identical connector on the 10-100 in its place. 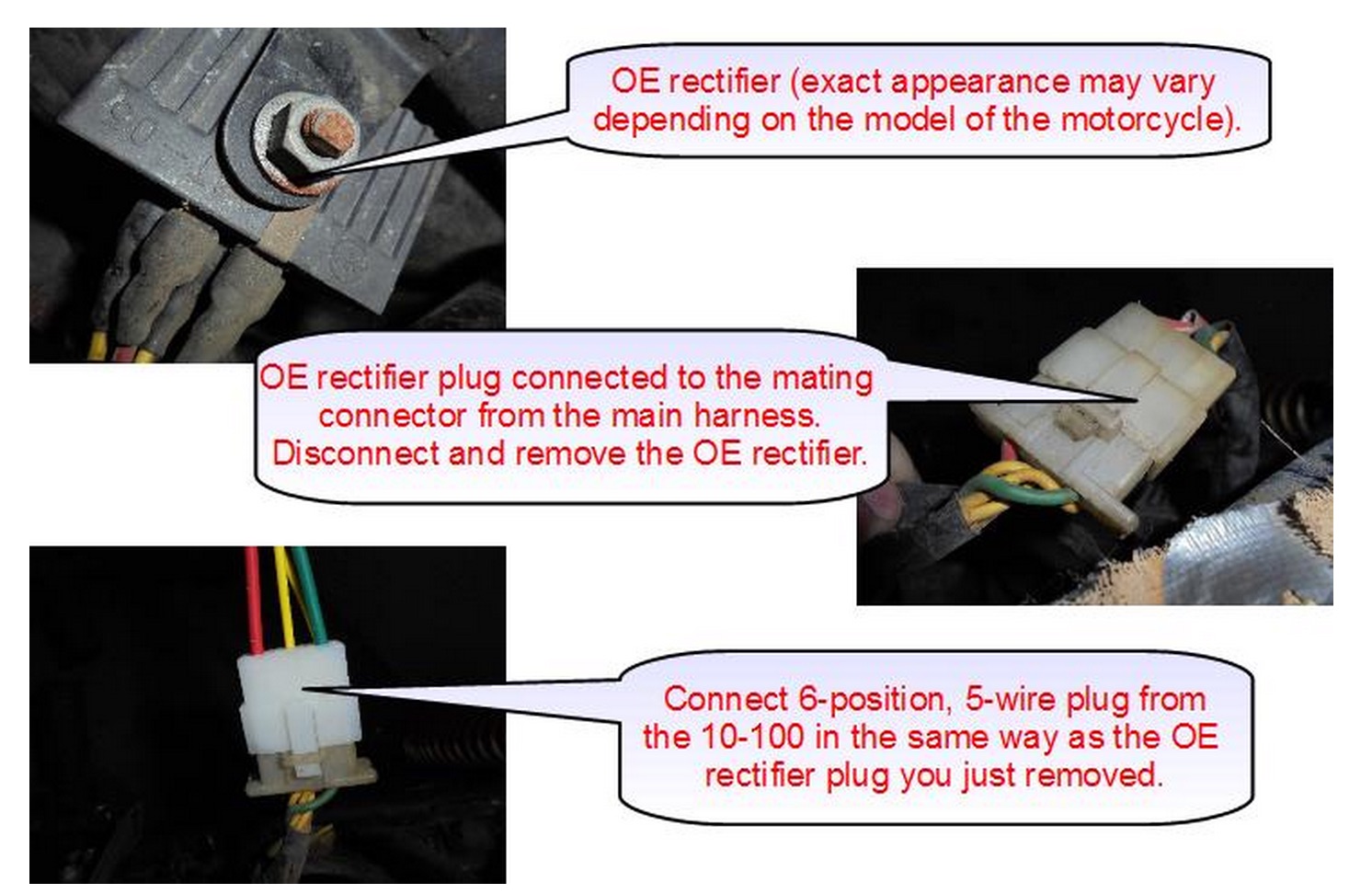 Excerpted from a CB750/550 Wiring Diagram

The 10-100 regulator is connected to the harncss via the 3 single wires with spade terminals (these plug into the wires that originally were going to the tabs on the OE regulator). The color code remains the same. The 10-100 rectifier plugs into the harness at the same location as the OE rectifier.

Your charging system should end up matching this diagram 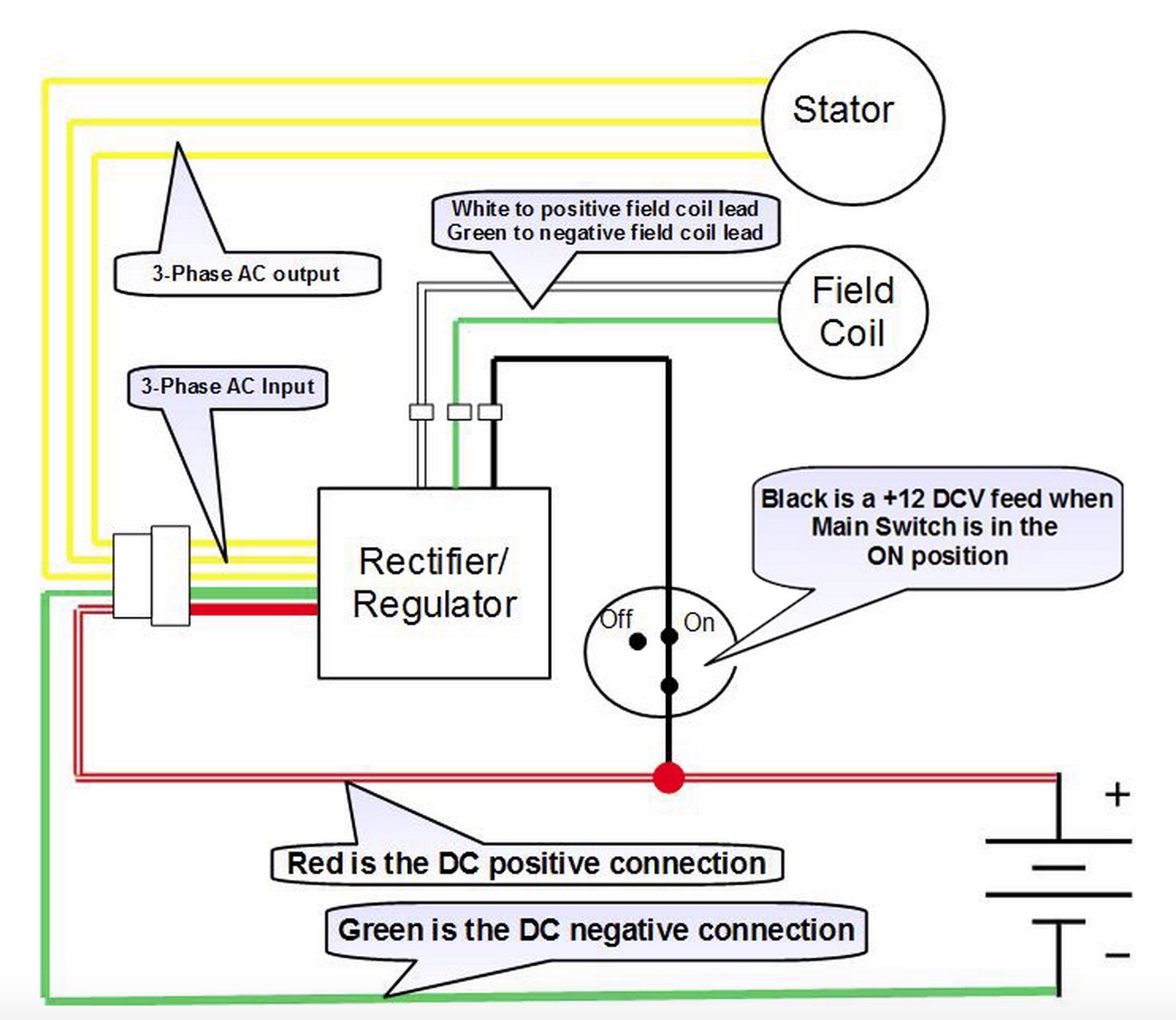 Rick’s Motorsport makes a variety of parts for your vintage bikes - check them out here!

Aftermarket Honda Regulator Rectifier - by Drew, March 18, 2015
5/ 5 stars
Great replacement part for Honda bikes. I've used this on multiple Hondas brought to my shop with burnt of rectifier regulators. Can't beat the price!
TEXT US!
Text us at 603-329-9901