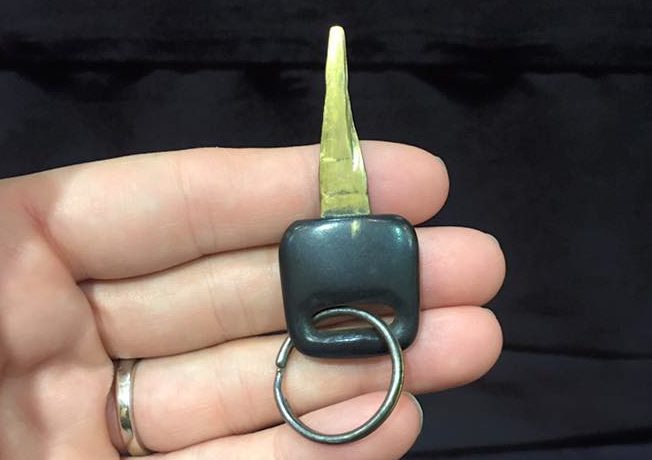 We checked in with Pro Motorsports owner Al Zahrt at the Parts Unlimited NVP show last weekend and he’s now surpassed the Million Mile mark on his 1975 Honda GL1000.  Yes – he’s ridden over a million miles in the course of 41 years on the SAME BIKE!!!

Al with his GL1000 key after riding over 1 million miles!

Al bought the Gold Wing when he was 19 years old after his Harley left him stranded on the side of the road.  Original purchase price was $2348.59 and I’d say he’s gotten his money’s worth!  Al’s traveled through all 48 contiguous states and a few Canadian provinces and replaced the motor 3 times.  And he loves his Rick’s Motorsport Electrics starter motor.

Even USA Today did an article on the event!  His bike isn’t pretty but it does the job!  Al thinks the new Gold Wings are pretty nice, but he doesn’t plan on replacing his bike anytime soon.  The bike “starts good, still has power, gets good gas mileage,” Zahrt said. “It’s running so good.”

“When you’re in a car, it’s always the same,” says Al.  “But on a motorcycle you’re smelling the smells, feeling the sun, feeling the cold. You’re experiencing it all.”  We couldn’t agree more and can’t wait to meet up with Al next year to see how far he’s gone!