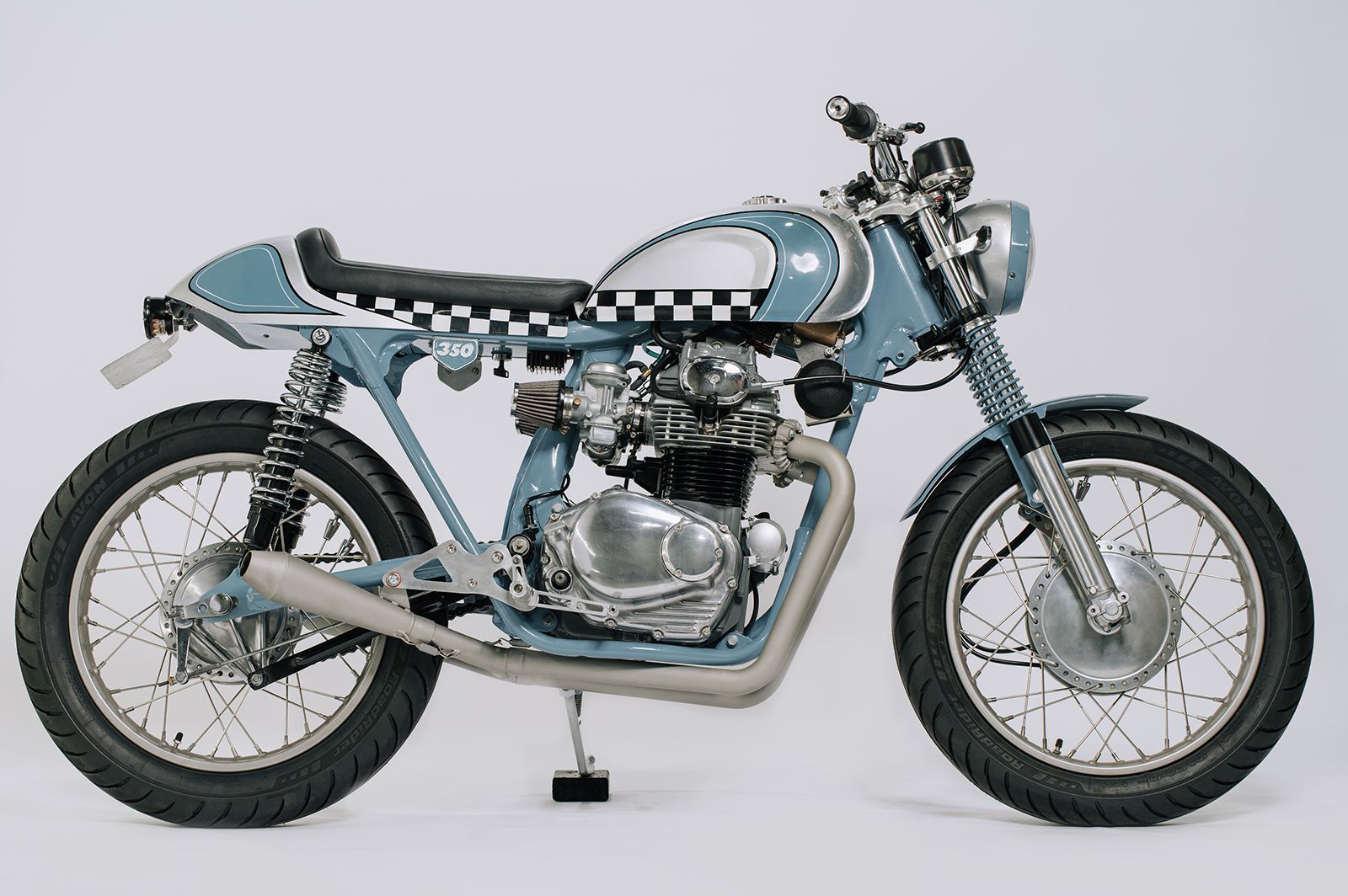 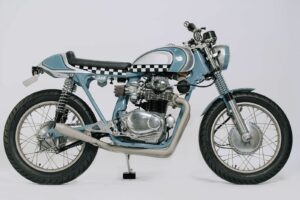 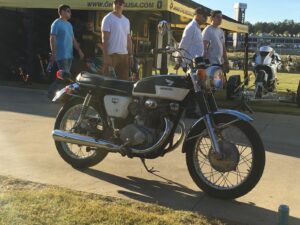 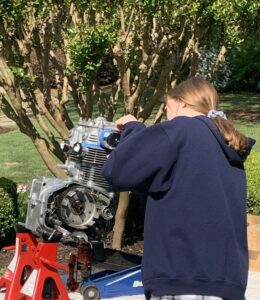 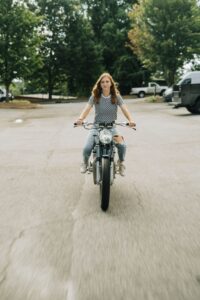 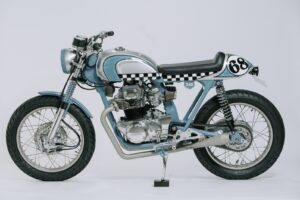 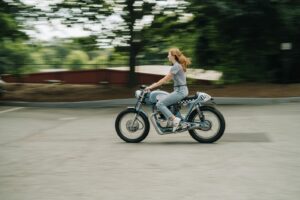 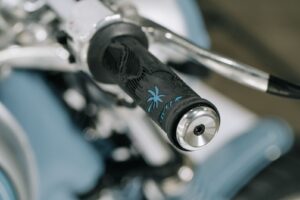 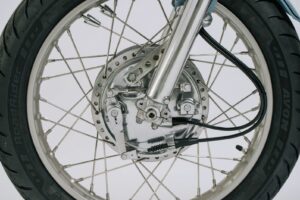 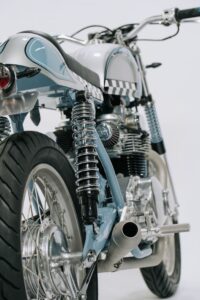 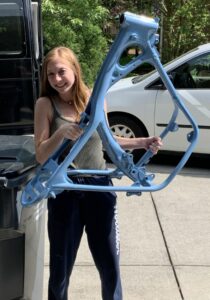 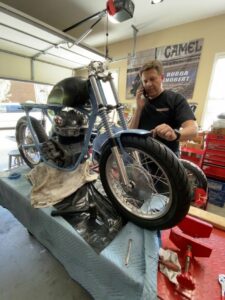 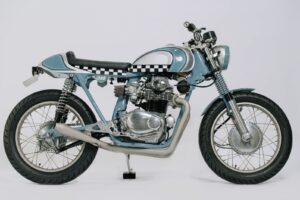 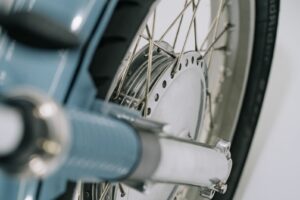 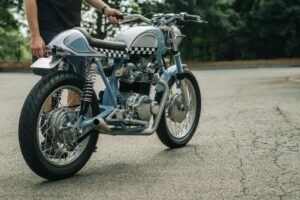 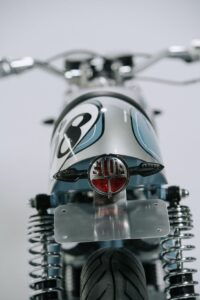 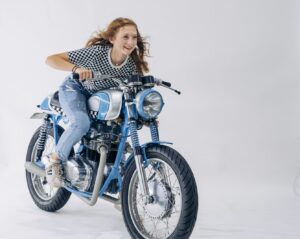 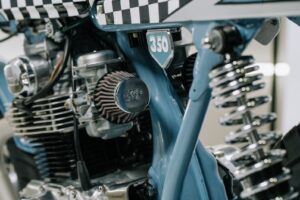 David and Sonya Lloyd are a father-daughter team from Milton GA.

David leads Lloyd Brothers Motorsports Flat Track Team with his brother, Michael, and they’ve had quite a run in flat track with both Aprilia and Ducati builds. “We’ve been honored to have many great champions ride our motorcycles,” David says, “including Joe Kopp, Larry Pegram, Jake Johnson, Johnny Lewis and Troy Bayliss. Nicky Hayden even rode our bike at exhibition laps at the Indy Mile.”

Sonya, 18, is currently a freshman at the University of Georgia, and in the last 12 months has begun racing amateur flat track— and she even won her first Mad Dog main event last month! While she did not have any prior experience racing, she’s followed her dad around the country to the American Flat Track races since she was very young, and has become a true motorcycle enthusiast.

David had previously built a stunning XL600R with his son James, so naturally his daughter Sonya had to stake her claim. After months of looking, they found a 1968 Honda CB350 at the Barber Vintage Festival swap meet that was in “fair condition,” which for them meant bringing the bike home on a trailer. As David, who makes a living as a new home contractor, wryly explains, it was “an impulse buy that we knew would need a little work. Then we decided to make it a lot of work with countless hours of sanding, smoothing and polishing.” 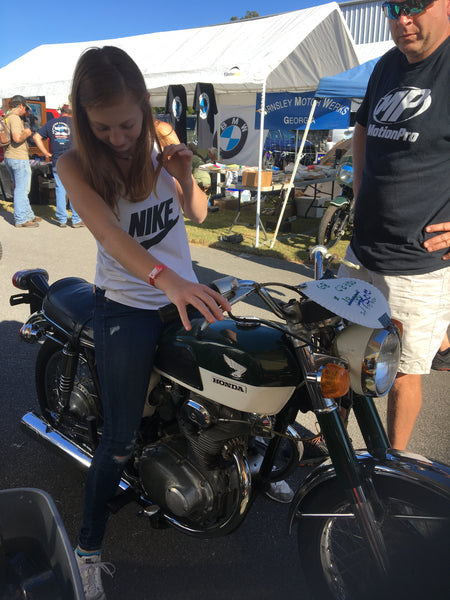 Sonya and David’s diminutive Honda provided a much welcome ray of light in the gloom of a lousy year, so dad and daughter locked down in their two-car garage and got to work. David explains their goal: “We wanted to build a bike that was capable of being mass produced in ‘68. A cooler, sportier version of the CB350.” 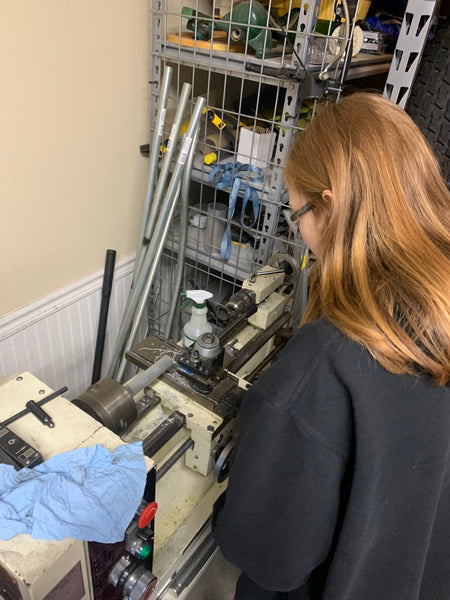 With the exception of the mo.Unit (to simplify the wiring for the bespoke wiring harness), the Rick’s Motorsport Electrics reg rec, the LED lights and the battery, David says that “everything else could have been mass produced in 1968.”

The bike was rebuilt from front axle to rear. The engine was cracked open, the bottom end thoroughly inspected, and the top end completely restored to stock configuration with the assistance of GMD Computrack, an Atlanta-based maintenance and repair service for motorcycle chassis and suspensions. 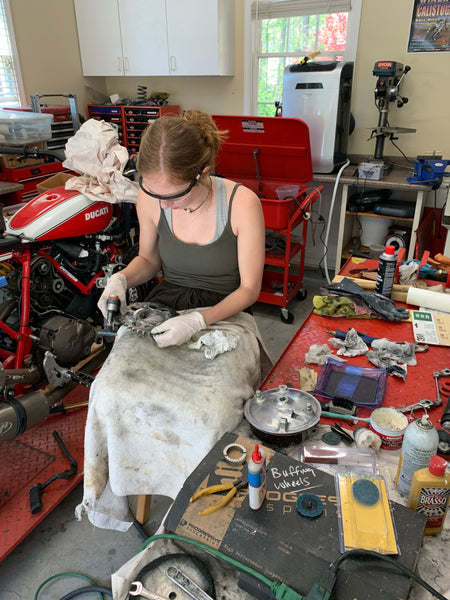 A flat track friend in Iowa had a “still-in-the-box” brand new set of Hooker headers, for which they built an “H” pipe crossover. The whole system was then slightly silenced through a Cone Engineering shorty megaphone. The finishing touch was a durable “titanium hue” ceramic coating.

Sonya and David worked together on each aspect of the build, with Sonya leading the way on the polishing and wheel lacing. They thoroughly enjoyed their work together — with the possible exception of tuning the carburetors — which tested the mettle of both. We completely empathize, as bringing a pair of fifty-year-old carbs back to life, and getting them set up just right, is not a task for the faint of heart. 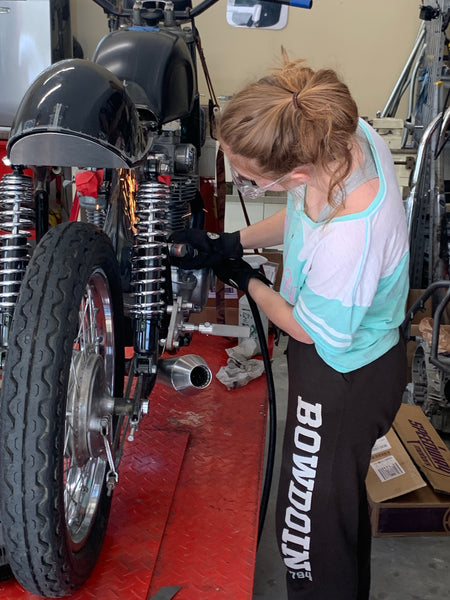 The seat was made by Cato’s Custom Upholstery. Painting was done by Chastin Brand, and we’re absolutely in love with that blue.

The fruit of their labor is a super clean, deftly executed, and perfectly balanced café racer. It’s all in the detail, from the original side-cover 350 badges that were painted and relocated beneath the subframe to the modified relief cut Odi “Hucker” BMX grips, and the polished bar ends. We particularly dig the finish on the pipes and the tidy lines of the rearsets and hangers. And then there’s the exposed painted fork springs…

What’s remarkable is the total budget for the build, including the donor, came in at around just $6k.

The ‘68’ is definitely a keeper. “It came out better than we had hoped,” says Sonya. They enjoyed the process so much that they have a number of other builds in the planning stages. This lovely reinvention of the quintessential 60’s Japanese lightweight is one of our favorites we’ve seen in a very rough year. Thank you to Sonya and David for sharing it with us!

Check out more of the family’s exploits on Instagram at @lloydbrothers. 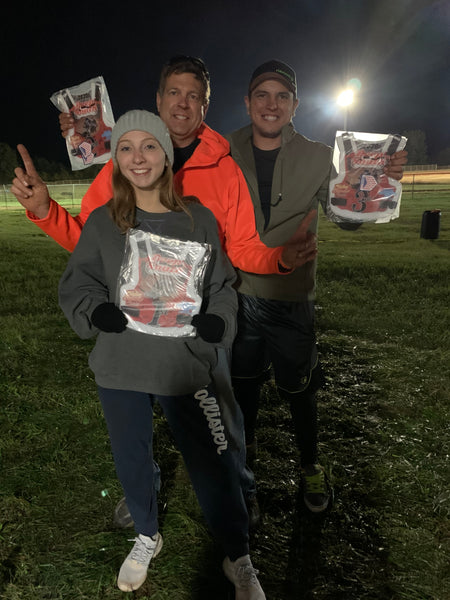 One thought on “Revival Homegrown”