Capacitors are electrical devices designed to hold a potential difference, similar to a battery, except capacitors store their charge as electrostatic energy.  They consist of two conductive plates separated by a dielectric medium in which the static charge is stored as the current creates a potential difference across the plates.

Why do capacitors apply to powersport vehicles?

The acronym “CDI” stands for “Capacitor Discharge Ignition”.  In these systems, the charge in the capacitor is built up either by the battery (DC-CDI) or a source coil on the stator (AC-CDI).  When the trigger sends the correct signal, it closes a circuit so the Capacitor is Discharged to the Ignition coil, where the voltage is stepped up to create a spark at the spark plug.  Capacitors are also found on many older bikes with points-ignition systems (they are usually referred to as “condensers” on these).

How do capacitors get blown?

Like many electrical concepts, it may be helpful to use a hydraulic analogy.  Picture a container that can only handle 10 gallons of water.  Now imagine what would happen if you attempted to force 15 gallons into this container.  It would burst, right?  A similar principle applies to the amount of electrical charge a capacitor can handle.  In particular, if the rectifier/regulator fails and begins overcharging in a battery-powered (DC-CDI) system, this will allow an excess of current into your vehicle’s system, and one of the first symptoms will be a “bang” from your CDI box as the capacitor blows out.  One look at it is all you’ll need to diagnose the problem, as the CDI typically splits apart from the force.  Below are two examples of CDIs that have experienced this condition.  The top part is off a Honda 1999 TRX300, the bottom from a 2007 Polaris Phoenix 200. 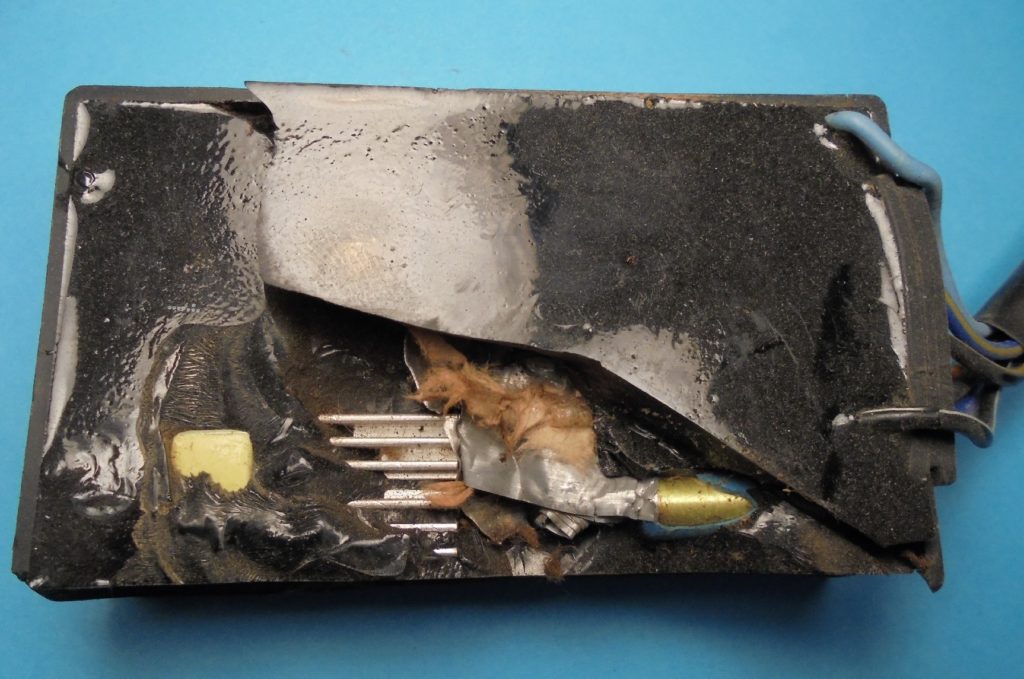 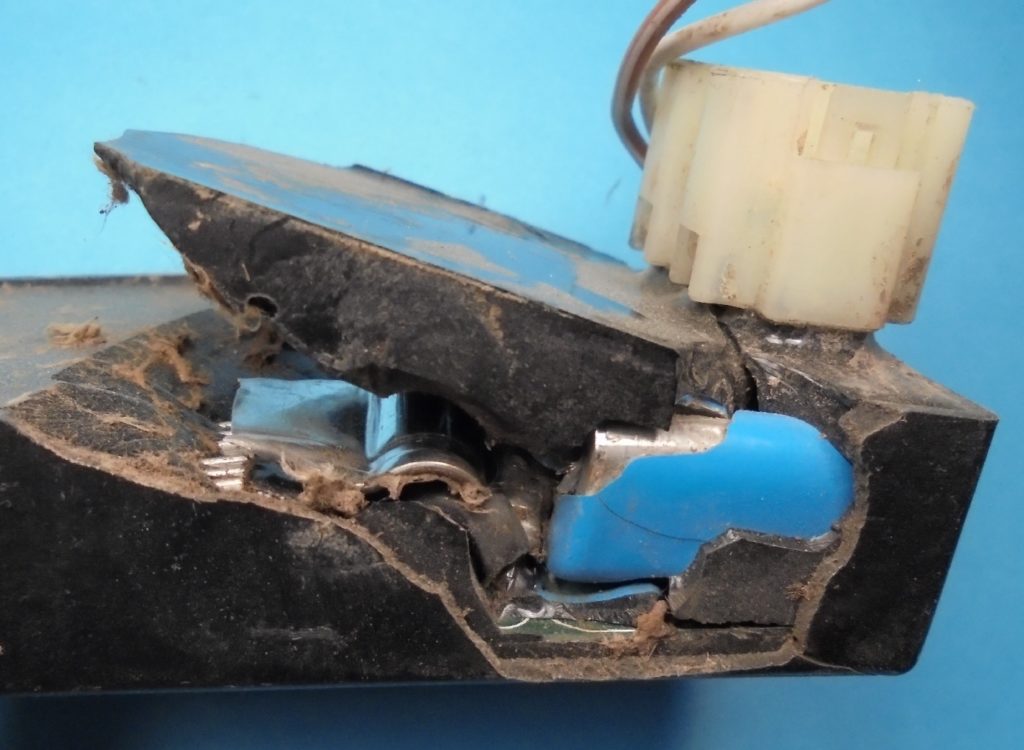 These photos are both examples of CDI boxes that have been returned to us on actual warranty claims in which the rectifier/regulator created an overcharge condition, which in turn exceeded the capacitor’s tolerances and the part failed.  If your CDI box looks like this on a DC-CDI system, it is essential that the rectifier/regulator be replaced as well or you will likely have a re-occurrence of the same problem!

We hope this post has been helpful, and as always if you have any questions please email us at info@ricksmotorsportelectrics.com and we will do our best to assist!