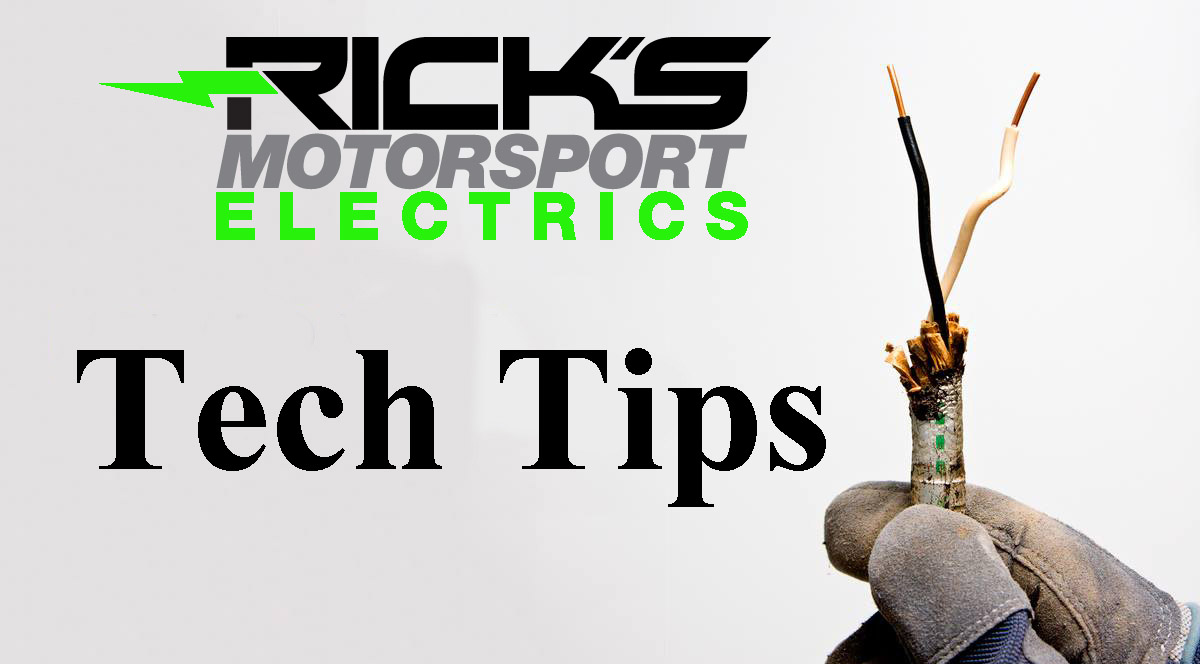 Many Rick’s Motorsport Electrics Rectifier/Regulators eliminate what is commonly referred to as a “signal wire” on OE pieces. For example, on a 1981 Kawasaki KZ440, there are 5 wires going to the OE part: 2 yellow wires (AC inputs), white/red (DC “+” output), black/yellow (DC “-“ output), and a brown wire. The brown wire is the signal input from the battery. The RME piece features only 4 wires; the position where the OE brown wire was is vacant. This is because the RME part is capable of regulating through the DC wires without the sensor input.

Why is this advantageous? Because a regulator, like any electrical device, is only as good as the information you put into it, and any voltage drop between the battery and regulator on a signal wire can result in a “false positive” reading of an overcharge at the battery. To illustrate, here’s a diagram showing a full-wave Rectifier/Regulator with a signal wire operating properly: 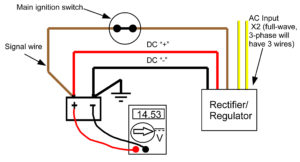 The battery in this circuit is charging correctly. However, if corrosion, a poor contact, or any weak point occurs (this can commonly occur if the contacts in the main ignition switch have any kind of wear on them), the regulator will “mis-read” the battery and overcompensate in terms of charging voltage. Here is the same circuit with an oxidized or worn-out contact in the switch causing a .75 volt drop between battery and regulator on the signal wire: 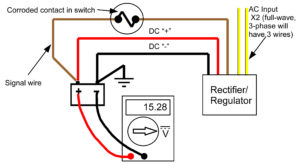 The Rectifier/Regulator appears to be overcharging; however, there is nothing wrong with the component itself, it is simply acting on inaccurate feedback.
Finally, the circuit with no connection at all, such as a cut wire:

The regulator no longer has any input on the signal wire and thus has no way to properly regulate the battery, resulting in an extreme overcharge. The same rectifier/regulator thus produces three different results depending on the integrity of the signal circuit. By eliminating the need for that circuit, RME rectifier/regulators eliminate a potential problem.