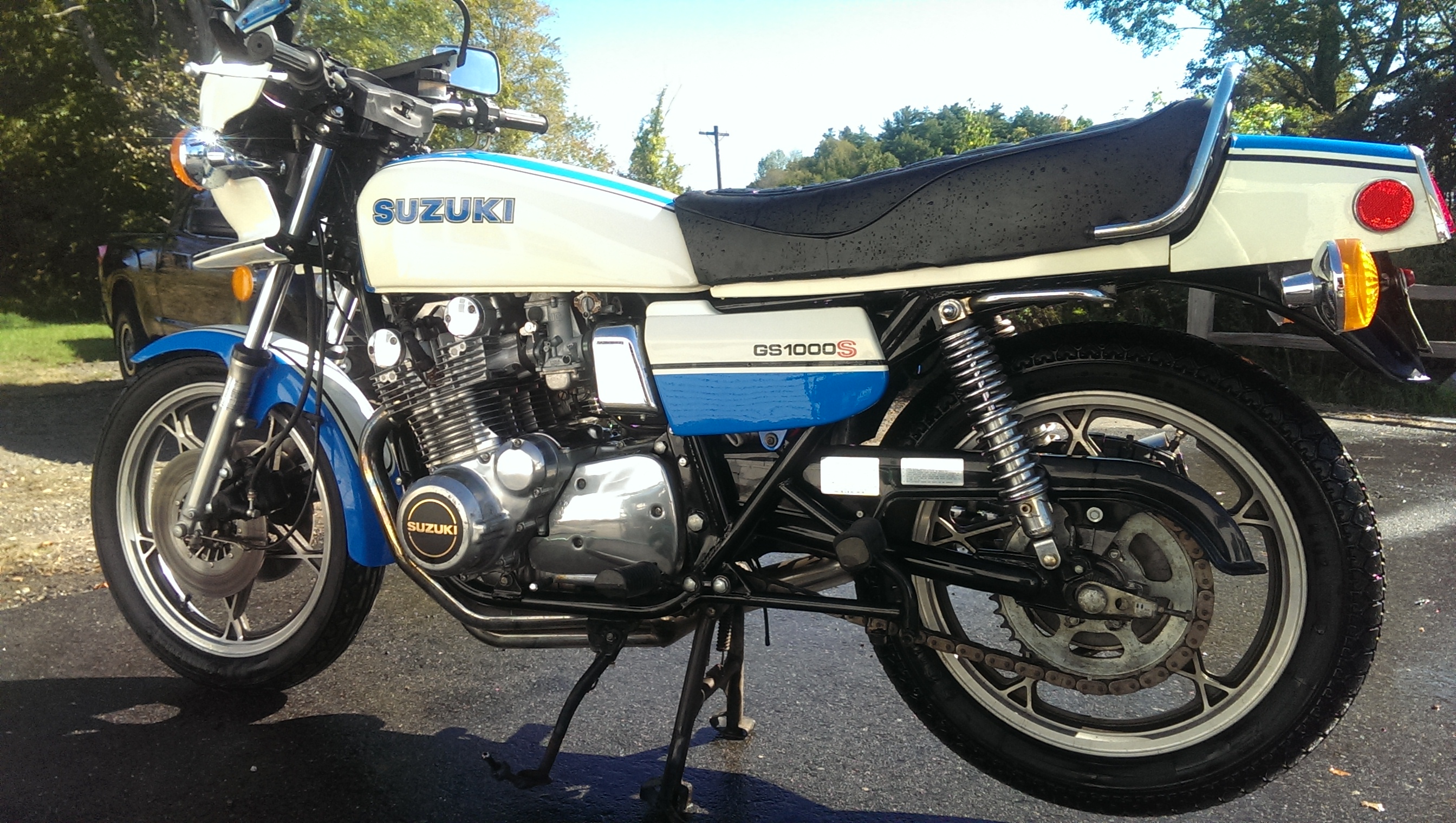 We all know that everyone likes a good barn find story, right?  This new one is one of my favorites and involves my buddy Mike, owner of former MOTO Sports Xing out of Kingston, NH .  Mike’s passion is vintage, mostly Kawasaki and Ducati  – that’s why we get along so well!!!  And also one of the reasons I recruited him as our new Brand Ambassador, but that’s for another post…

I couple years ago, Mike called me up and told me he had something for me to check out so I stopped by on my way to work.  I was seriously speechless when I walked through the doors of his shop!  The 1979 GS1000S Wes Cooley replica sitting in his showroom is one of only 500 that Suzuki made for that year.  So I just had to find out the history of the bike & how Mike got it!! 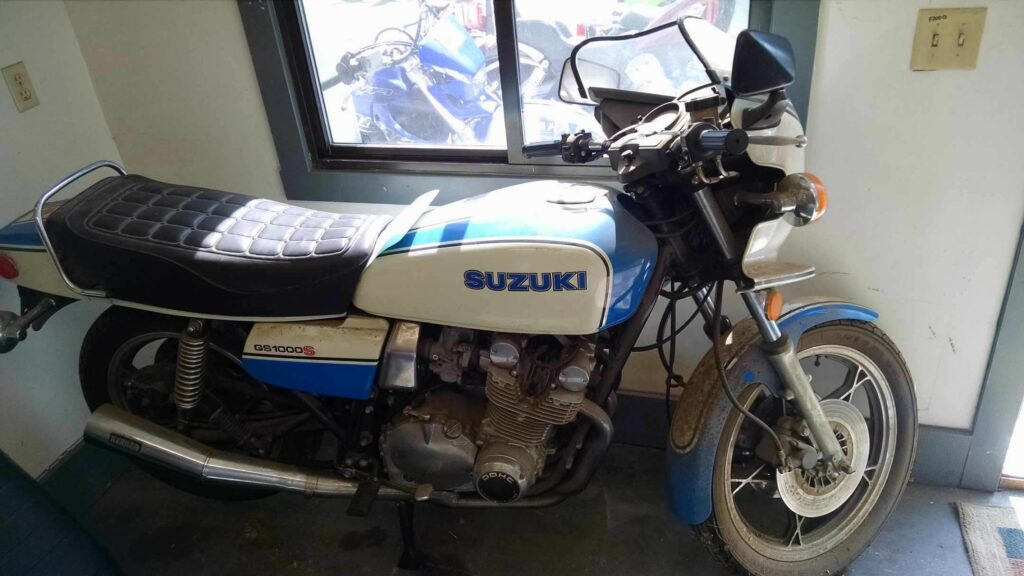 A couple months prior, Mike had someone stop by his shop and ask if he was interested in “those older bikes.”  Of course Mike answered yes and the visitor told him his mom’s neighbor had one sitting in the barn under a blanket that he wanted to sell .  “It’s an old Suzuki,” the guy said, reaching for his phone to pull up a photo.  “Suzuki didn’t really make much that I am interested in,” said Mike as he glanced at the phone.  “Except for that one!”

Turns out the bike was sitting in a barn just up the street from his shop.  So Mike got the address and drove by for five weeks hoping to catch the owner outside.  One Saturday he finally saw the owner out mowing the lawn and pulled in.  And the guy actually brought out to the literal barn.  Under a dusty old moving blanket sat this 1979 Wes Cooley Replica!! 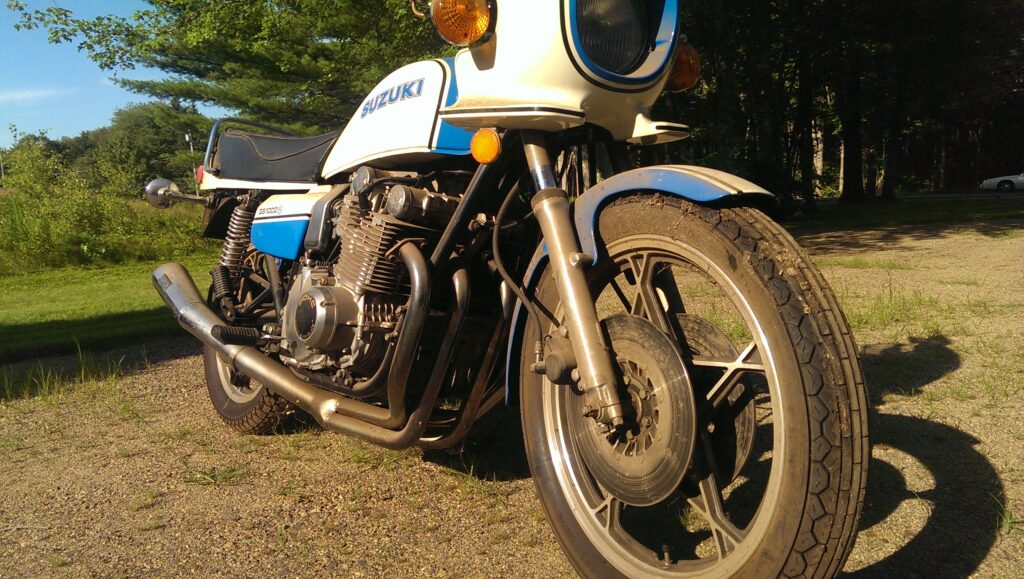 Mike said he could hardly believe his eyes. The bike was completely original except for the chrome Kerker four into one and the jets in the carburetors; and the seller should know- he was the original owner!  He had bought the bike new in 1980 as a leftover model from the old Suzuki dealer in Salisbury MA. Apparently the bike had sat on the showroom  floor because the dealership owner didn’t want to sell it. Afte 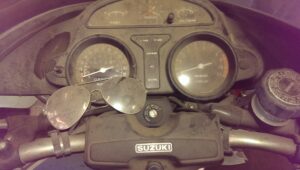 r weeks of badgering, the bike was sold to the current seller.  I can totally relate to this determination!

The bike shows less than 8000 miles and had been stored away since 1988 as evident by the last registration sticker on the plate. Even the Aviator sunglasses that were worn on its last ride are still sitting there on the handlebars. 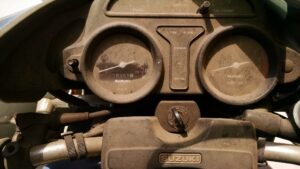 Mike had the bike on display in his showroom for a full year with the barn dust on it just to show people that these finds are still out there. He tells me that he finally had to break down and wash the bike because so many people were running a finger through the grime to see if it was real. And boy are we glad he did. What was underneath that dust and grime is surely one of Suzuki’s most beautiful paint schemes. 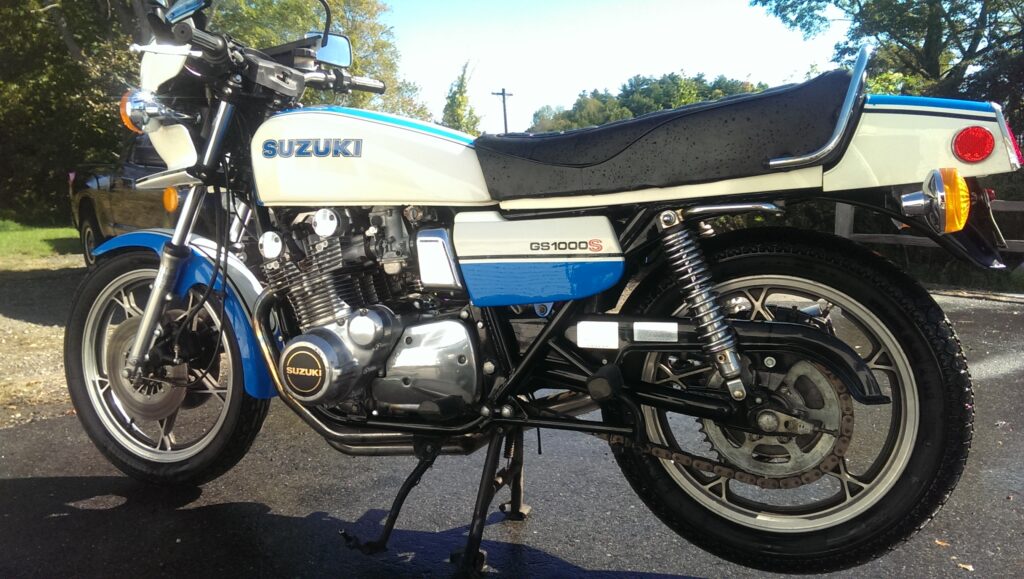 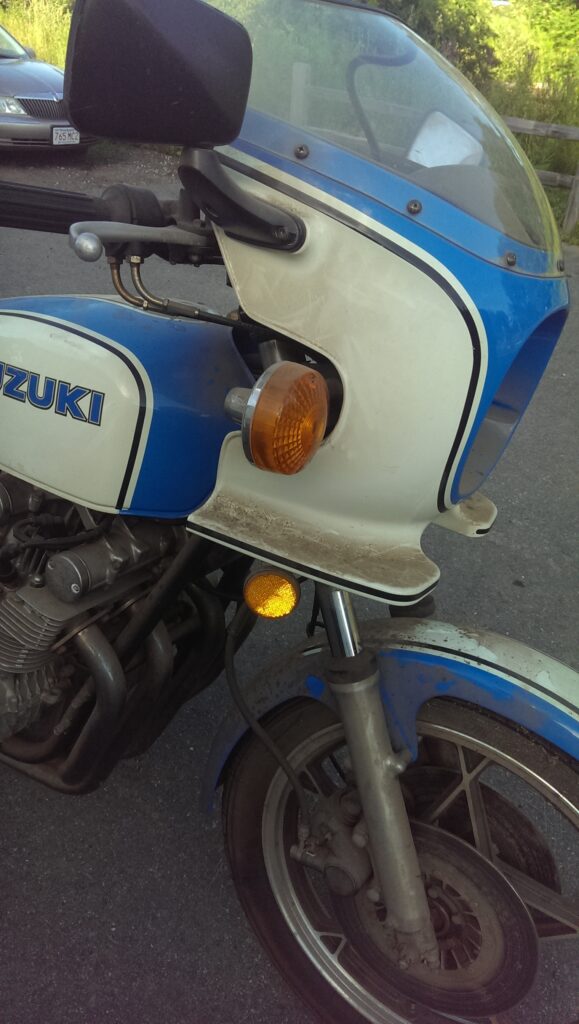 How it looked coming out of the barn 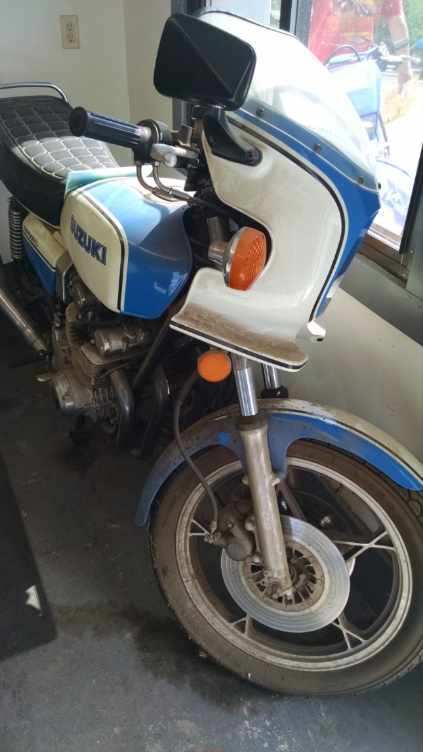 Be sure to check out the photos Mike has shared of the bike covered in grime, and of the day he washed it. An absolute jewel in my book! 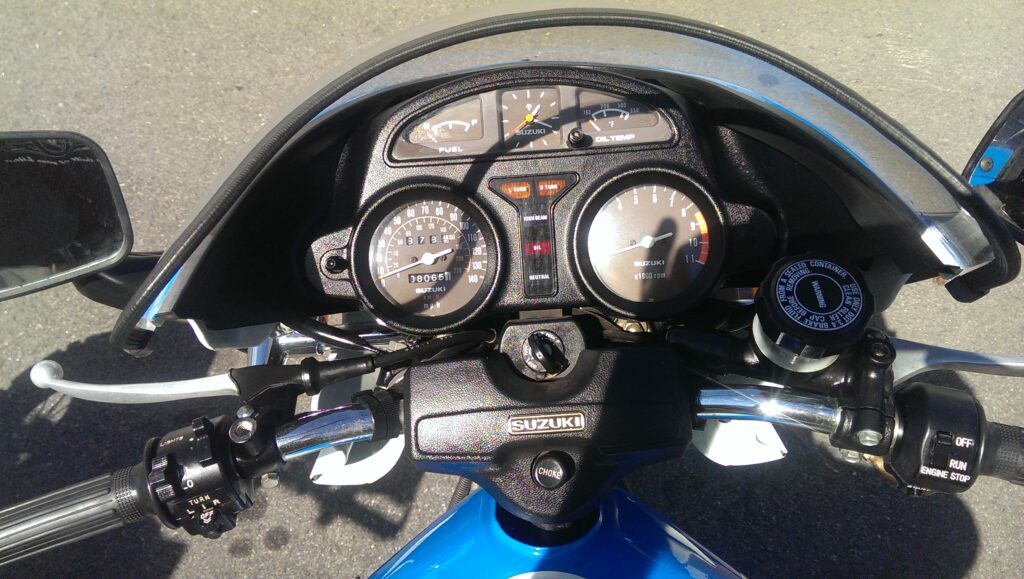 After the hose down 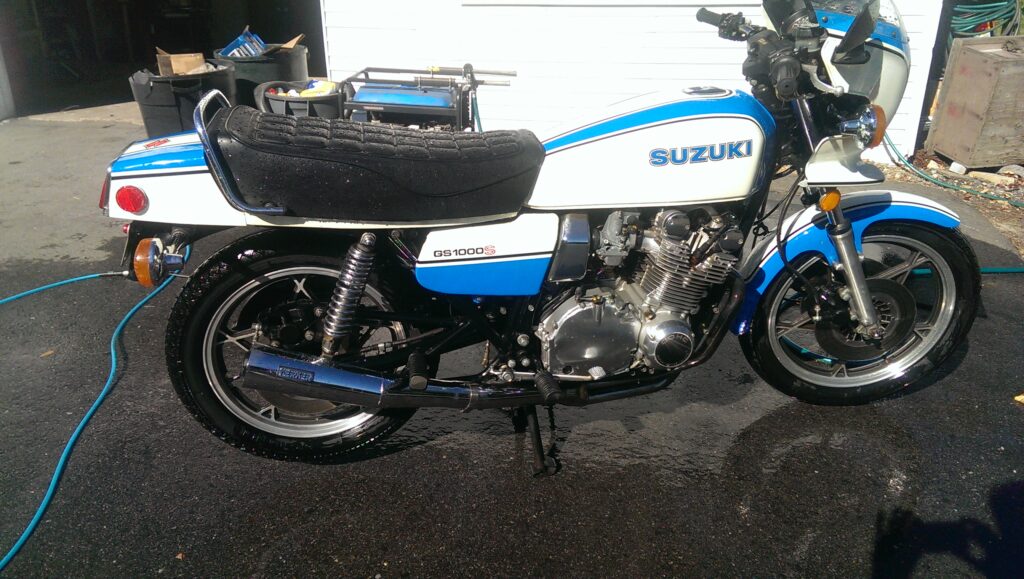